If I had to write my biography I would say: I'm still there! But since someone wants to give some more information about me, you get this pappardella...
‍
from Giulia Conciatori 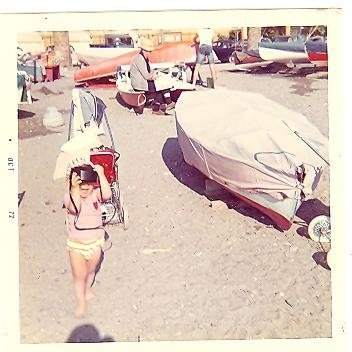 Born in 1971, he has always shared his father's passion for the world of art and beauty.

His mother, a volcano of initiatives, gave him an unconditional passion for the unusual, travel and the discovery of the world.

He took his first steps in photography at an early age, but was initially discouraged by not realizing it was necessary to remove the camera from the case in order to portray the world around him.

Forced to travel from an early age, a well accepted and shared constraint, he soon realizes that the world of art is no longer enough for him, so that he begins to become interested in computer science: since the early eighties he begins to study programming and already to age 13 following a professional course.

His precocity leads him at the age of 16 to combine his two passions, starting to program multivisions with a group of passionate experts in the sector. In a unique world, made up of programming units, Kodak Carousel projectors, Tascam reel recorders, Alpa and Leica cameras, duplication benches and Stumpfl multimedia systems, the idea that this can also become a profession arises.

The successes achieved at national and international level push him to deepen the study of photography and devote himself full time to the project that fascinates him most, the reportage. In 1990 he met his mentor in the world of photography, Giovanni Ricci, a great Milanese photographer working in the art world. His advice led him to take a more commercial and less artistic path, entering the world of still-life photography. Passion wins over duty, however, and after leaving the engineering faculty, he begins a demanding educational path thanks to the availability of photographers, graphic designers and photolithists with extensive experience.

The collaborations with Ludovica Sagramoso Sacchetti and Alberto Longari, started in 1992, lead him to participate in the development of many national and international press campaigns, with particular attention to still-life and food advertising photography, without ever giving up on his first true love: travel and reportage photography.

As an assistant and consultant he participates in the creation of the press campaigns Artemide, Cademartori, UBI, Arimo and many other customers, in addition to the catalogs for Irge, Mattel and the shots for Cucina Italiana. The activity of photographer develops concurrently with the collaboration with the agency Franca Speranza for which travel photography images are created distributed internationally and published in the main magazines. In addition to managing multiple clients, starting from 1996, campaign photographs have been created for Luciano Padovan, published in the main national and international magazines including Vogue, Io Donna, Marie Claire and Elle, developing the creative process in direct contact with the stylist. 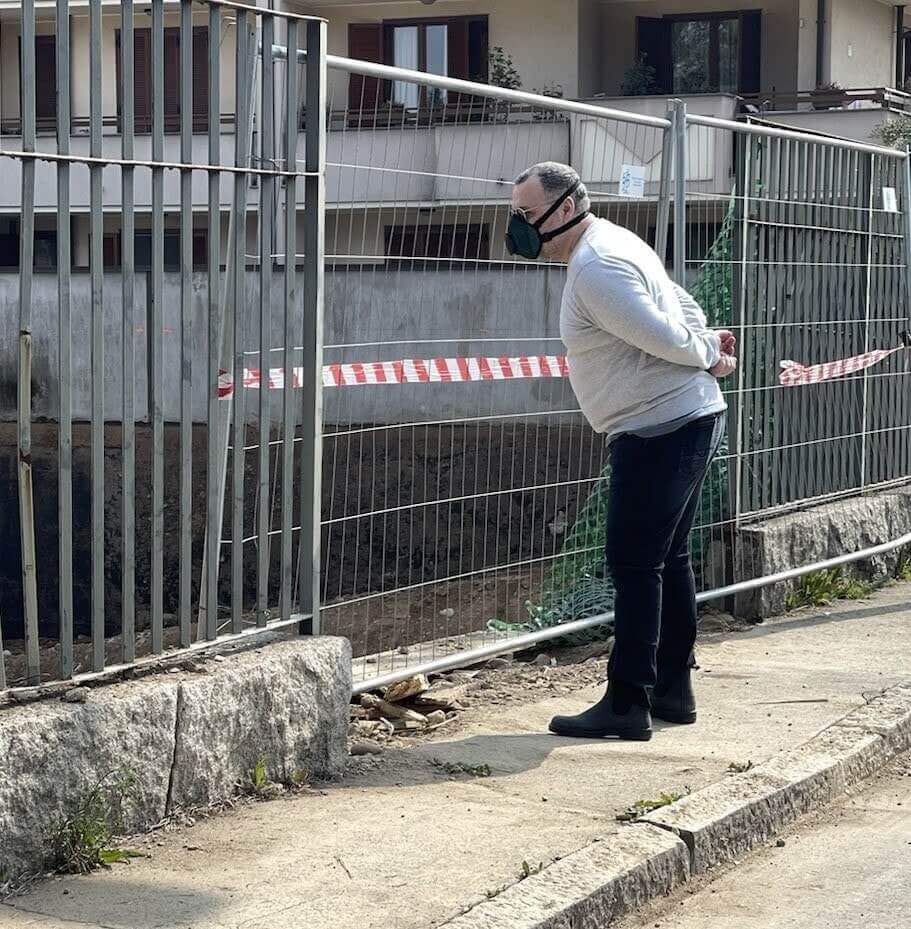 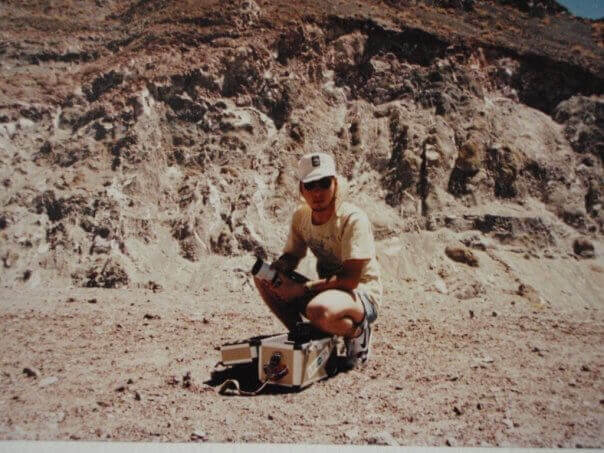 At the same time as his work as a photographer, he began to study 2D computer graphics, gaining the maximum skills in photo editing and supporting one of the best Italian chromists during the photolithic of his works: Sergio Piol.

At the end of the nineties he specialized in consulting in new digital image technologies with the first one-shot backs, following a path that brought him ever closer to the computer world. In 2001 he met Massimo Ontani, who passed on his interest in the world of color management and the creation of ICC profiles and with whom he occasionally collaborated for some years.

From 2001 to 2004 a stable partnership was developed with Magnetic Media Busto Arsizio as an expert in Apple and Windows systems, consultant for color calibration and digital image, workflow management and teacher of one-to-one courses for graphic applications, operating with a large number of customers including Clerici Tessuto, Airily, Litorama and John Kaverdash School.

Wanting to differentiate his work as a still life photographer, consultant and trainer, the experience gained led him in 2004 to join the company in Valenti Digital Service, a small business operating in the graphics, digital printing and management of image. With the decrease of requests for high quality photographic printing and the reduction of prices in the photography market, over time he dedicated himself to the development of the graphic area, consolidating countless customers including Polyphoto (with the Olympus, Leica, Toshiba, Tamron, Tamrac brands), MV Agusta, FBM, Shedclub, Altachiara, Les Maisons des Alpes, Skitch, Flex-Car and many others as well as collaborating with Roberto Banfi on the development of projects for Panasonic, Dell, CA Technologies and Allied Telesys and from 2006 to 2008 , together with Andrea Duma, plans, develops and manages the start-up and communication activities of the supermarket chain for children Bimbostore.

The experience with Valenti Digital Service ends in 2013, opening the doors to the decision to remain a freelancer operating in the digital image sector and continuing to collaborate with numerous companies as a graphic designer and photographer.

He was Leica Ambassador from 2015 to 2019 and collaborated with Leica Camera Italia until early 2020.​

The development of ICC and DCP color profiles for digital cameras, which began in 2007, is channeled into a specific project presented in June 2019 at the Leica Gran Tour.

TheSpack thus comes to life by concentrating in a single product over twenty-five years of experience from the preparation of the shot to the realization, development, post production, pre-press and printing. Experience gained in the field and in contact with experts and professionals who have allowed the creation of a new vision of the world of the digital image.

The integration, organization and management of a work team are a fundamental part of my experience. From direct collaboration with a single professional to coordinating projects with teams of established professionals and companies, my skills extend to all sectors of the production workflow, allowing me to provide adequate support to the customers with whom I collaborate.

The control of light in all its artificial, natural or environmental lighting sources is the focus of my research work on the subject and the experimentation of my personal language solutions. My experience extends from still-life with view camera to get to reportage in 35mm and with the transition to digital photography to all the solutions available.

I've a great experience in use of software like Adobe Photoshop, Adobe Lightroom, Capture One, Iridient Developer, Skylum Luminar, DxO PhotoLabs, 3DLUT Creator based on former experiences with software like Dicomed Imaginator, Formvision Eclipse, ColorQuartet and many other.

The creation of a brochure or a logo or the management of a website goes through a process of analysis, study, conception and only at the end the realization. The skills gained over the years and the experience in the use of most CMS, illustration and graphics software, allow the management of all projects regardless of the scalability themselves.

The preparation of documents for printing does not include the exclusive knowledge of software and correction processes but even more the full control of all output devices. The experimentation and use of all analog or digital printing techniques and in particular the optimization of files for RGB devices allow full control of the workflow and optimal preparation for the final output.

From the first analog multivision systems to the creation of complex digital presentations with professional multi-peripheral software. The skills gained allow the management of projects through a multitude of software and collaboration with professionals from every sector for the realization of any project you want. 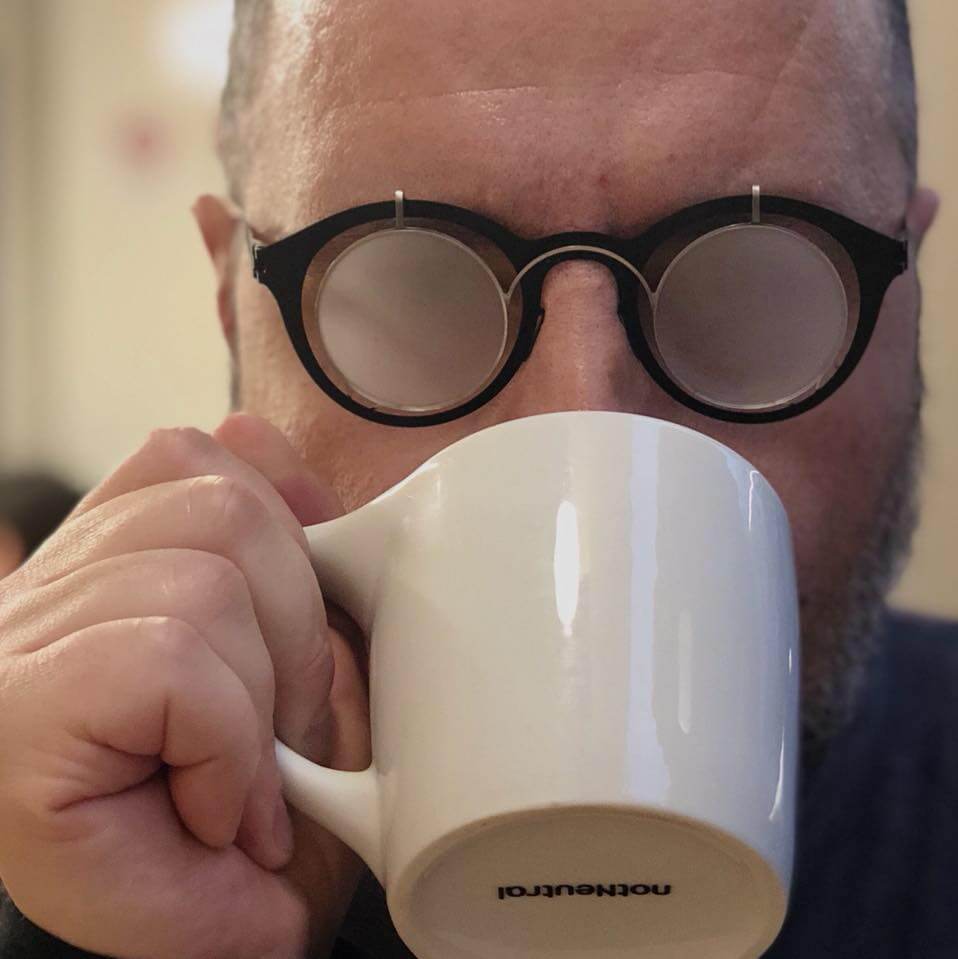 My past work experience

I've started my career in 1994 after more than 10 years of private courses and tutoring.

In 2018, following a long research, I launched TheSpack, a project aimed at developing DCP color profiles to optimize the performance of professional cameras under development.

TheSpack, thanks to a complex dedicated research that led to the integration of ICC, DCP, XMP and Preset profiles, allows the simple and immediate development of all the images with maximum control and the best possible quality.

I've developed all the profiles and LUT to optimize the editing process in Adobe Camera RAW and many other applications.

I subsequently ranged from travel photography to reportage, from still-life to advertising campaigns.

From 1996 to 2004 my images were distributed by the Franca Speranza agency in the Superstock market.

From 1996 to 2004 I was Luciano Padovan's press campaigns photographer.
‍
Since 1998, as photo editor and retoucher I've worked in many projects with international photographers in different sector: from still life to reportage, from automotive to luxury, from fashion to sport.

In 1998 I collaborated with Carlo Mari on the finalization of the book The Great Migration for which I assisted him in the editing, layout and development of the first draft.
‍
Since 2001 as Graphic Designer, Color Specialist, Web Designer, Tutor, Consultant or Project Manager I've worked for many clients such as: Oracle, Dell, Allied Telesis, Olympus, MV Agusta, Tamron, Panasonic, Tamrac, Bimbostore, Skitsch, Leica Camera, FBM, Flex-car Abrasivi, Polyphoto, Gorlini, Arianna Borgonovo, Altachiara Italia, Stericheck Consulting, Roberto Banfi, Clerici Tessuto, Airily, John Kaverdash School and many others

From 2001 to 2004 I was a teacher and tutor for F.S.E. courses, mainly for Photoshop and Illustrator but also for web design, layout and pre-printing for both magazines and the textile world.

In 2011, I've developed the architecture of the Leica Talent project, later refined in collaboration with Carla Novi, Polyphoto marketing manager.
The project was later carried out by the Develon group.

From 2013 to 2019 I was a collaboration contract with Leica Camera Italia as an external graphic designer for the localization of the executives, the development of graphics to web and to press communications, creation and management of local Wordpress sites, management of the localizations of the institutional site, development and realization of products in collaboration with the marketing department.

In the same period, again for Leica Camera Italia, I was technical assistant for international photographers who held workshops in Italy, including: Alex Webb, Rebecca Norris, Jérôme Sessini, Jonas Bendiksen, Jean Gaumy, Alan Schaller, Joel Meyerowitz and many others.
‍
From 2015 to 2019 I was Leica Ambassador for Leica Camera Italia focusing on digital file development and image optimization.

It brought about a substantial modification and reorganization of the structure, developing the graphic section and opening up new markets, thus leading to the transition from a printing laboratory to a multifunctional company in the communication market.
‍
As a Digital Image Consultant I've worked for many professional and amateur photographers managing their images from photo editing, to prepress, to printing on multiple devices such as production and fine-art inkjet printers, laser printers, press, offset, CRT to chromogen development and analogue printing.As Digital Image Consultant I've worked for many photographers in photo editing, prepress and digital print with inkjet plotter, fine-art printers, CRT printers with chromogenic development and analog photo print.

In the fashion, style and prepress sectors, it provided support for the creation of color flows, the integration of rips and graphic software within the company workflow. He trained expert graphic designers in order to improve their skills in applications such as InDesign, Illustrator, Photoshop, Freehand and Xpress.